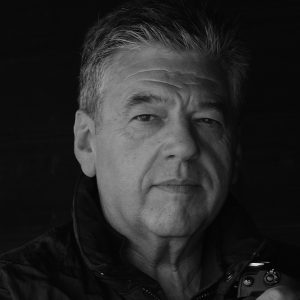 Floating Ideas in a Drought

Many believe that the extraordinary weather we are experiencing this summer is unique, but not so.

The summer of 1996 brought similar weather and an item on The Today programme on Radio 4 had broadcast that the water levels of Roadford Reservoir in Devon had dropped by 35 foot. The picture editor of the Mail On Sunday decided that this was a story worth pursuing.

The task of making it happen was passed to local freelance Richard Lappas.

After much thought they came up with an ingenious plan. The idea was that they would use two towers, one at thirty-five-foot-tall and one at forty-five foot tall.

So with the help of a local scaffolding firm, the wardens of the reservoir and solid base on which to build the scaffolding was erected over the course of two days.

Richard tells us what happened next; ‘I felt that something just wasn’t right as the images were showing a man in a boat above water, in mid-air parked on a tower of scaffolding which didn’t offer anything in the way of showing how the water level had dropped.’

He went on to say that ’Clearly something had been lost in translation between me and the picture editor. This is an occupational hazard when things are set up on the phone. Once the picture editor has given you the brief no matter how detailed or short, all they are interested in is the end result and if it fails to work, be sure to be ready for either a blast from the picture editor or an eerie silence’.

‘I decided to climb down with my cameras puzzled, perplexed and struggling to make what was now turning into a very expensive failure.

‘I was going to give up on the idea, after all I had spent a week preparing and planning and since the first call. I walked up the bank away from the towers with my back to them holding one camera with a zoom lens. I turned around sat down on the sand, looked up, and there it was!

‘I framed it through the view finder and it looked absolutely perfect. The following week the picture was used as half a page in the Mail on Sunday, the lead picture. Success all round!’
Richard has a book, More By Luck Than Judgement available direct